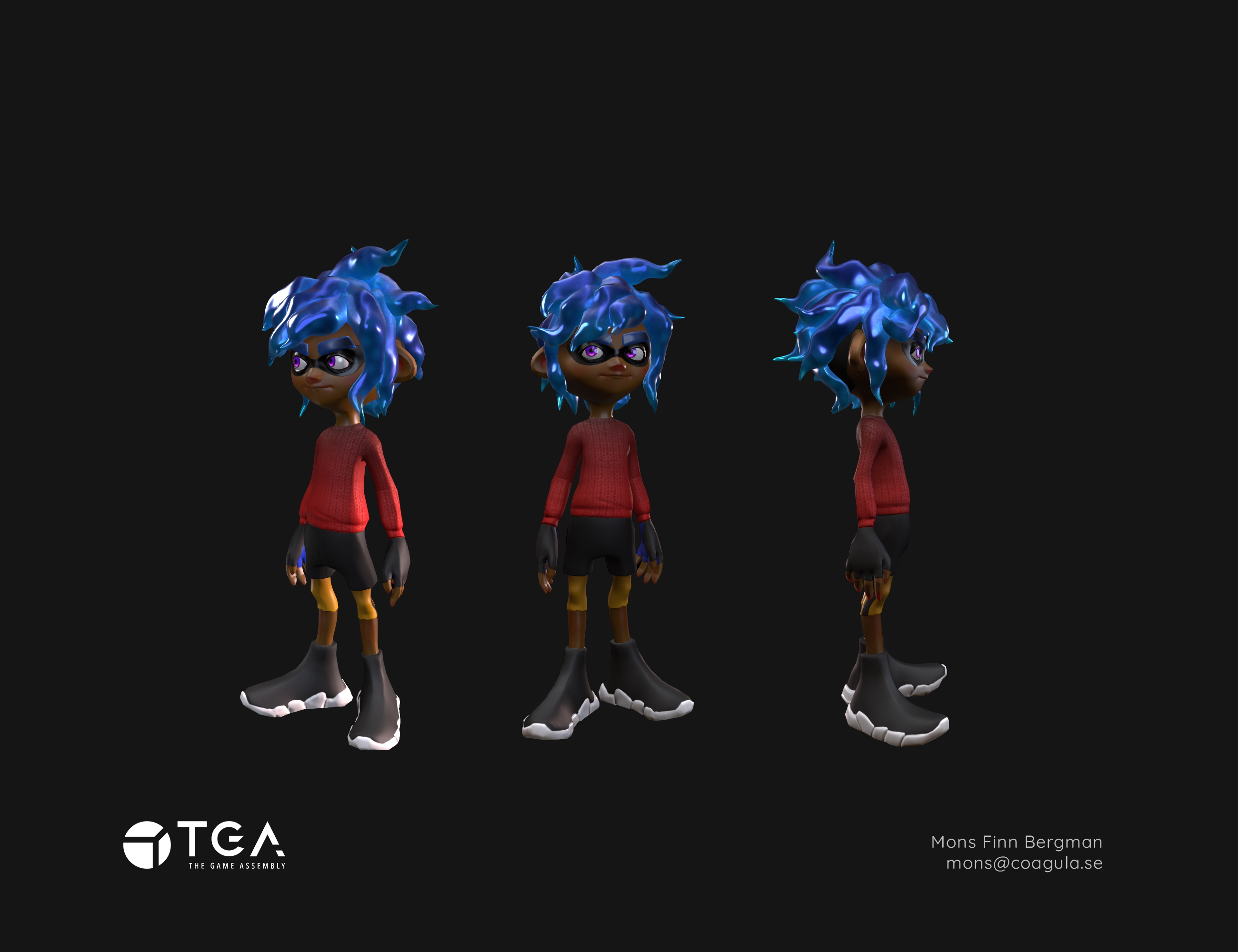 Tjobbo is a stylized game ready character I made over 6 weeks halftime spanning two courses at The Game Assembly.

The target was Splatoon, after a design and an idea I've had since 2014. I wanted to make a character that would fit in the established world, while looking unique enough to stand out in a crowd in the games. Tjobbo is slightly taller than the in-game characters, and has a more detailed hairstyle.

While working I was using an actual model from Splatoon for reference, as well as adjusting certain features to accommodate my animator, who rigged my model. In the reference game, the characters don't have inset eyes, but together with Carolina I decided to make an attempt at it.

The complete model landed at 14240 tris, and of that the hair is 6994. I chose to give the hair a fairly large triscount to better match the concept as well as my reference animal, a nudibranch.

Sculpted in zBrush, retopo in Maya, textured in Substance Painter, baked, and rendered for presentation in Marmoset Toolbag 3 and 4. 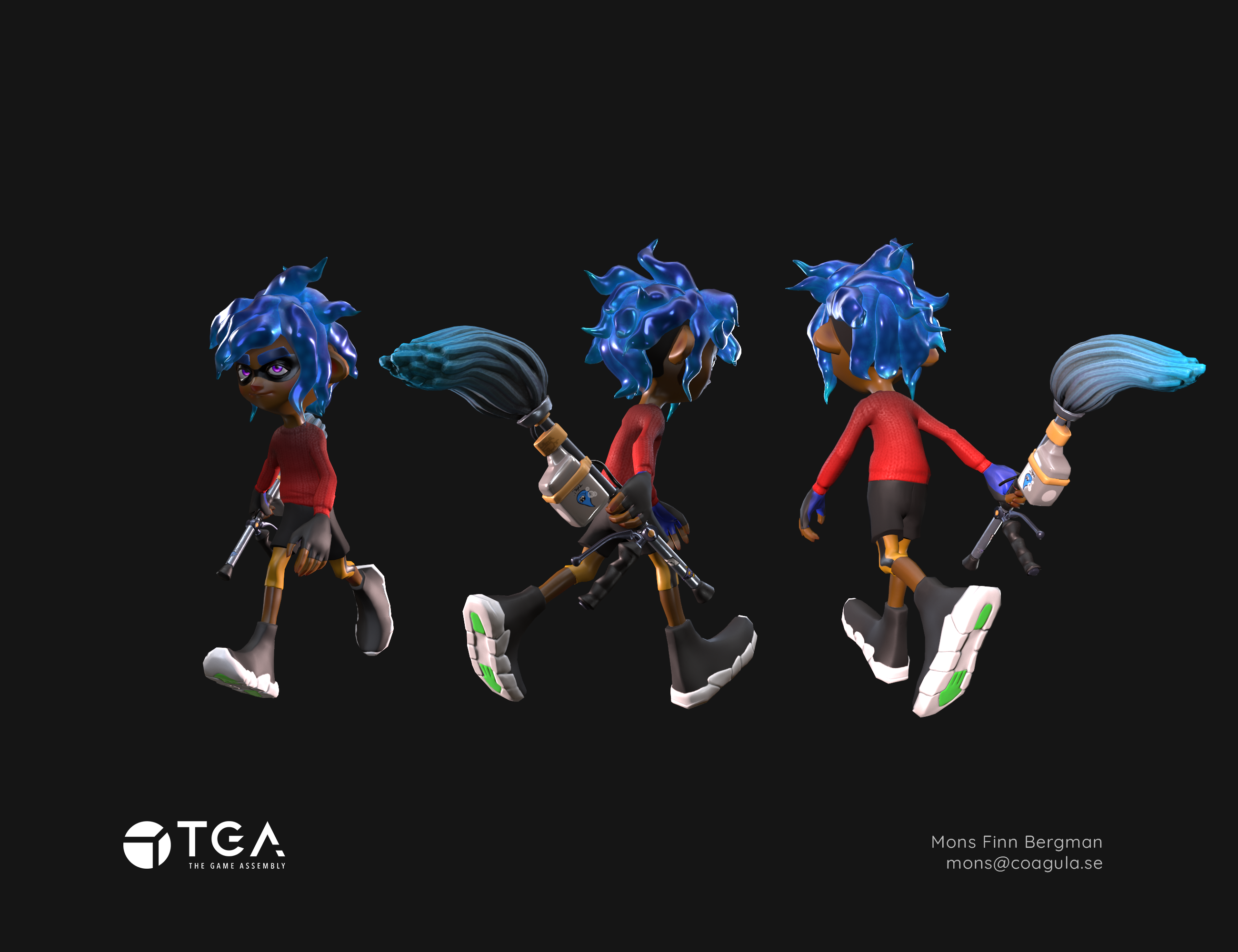 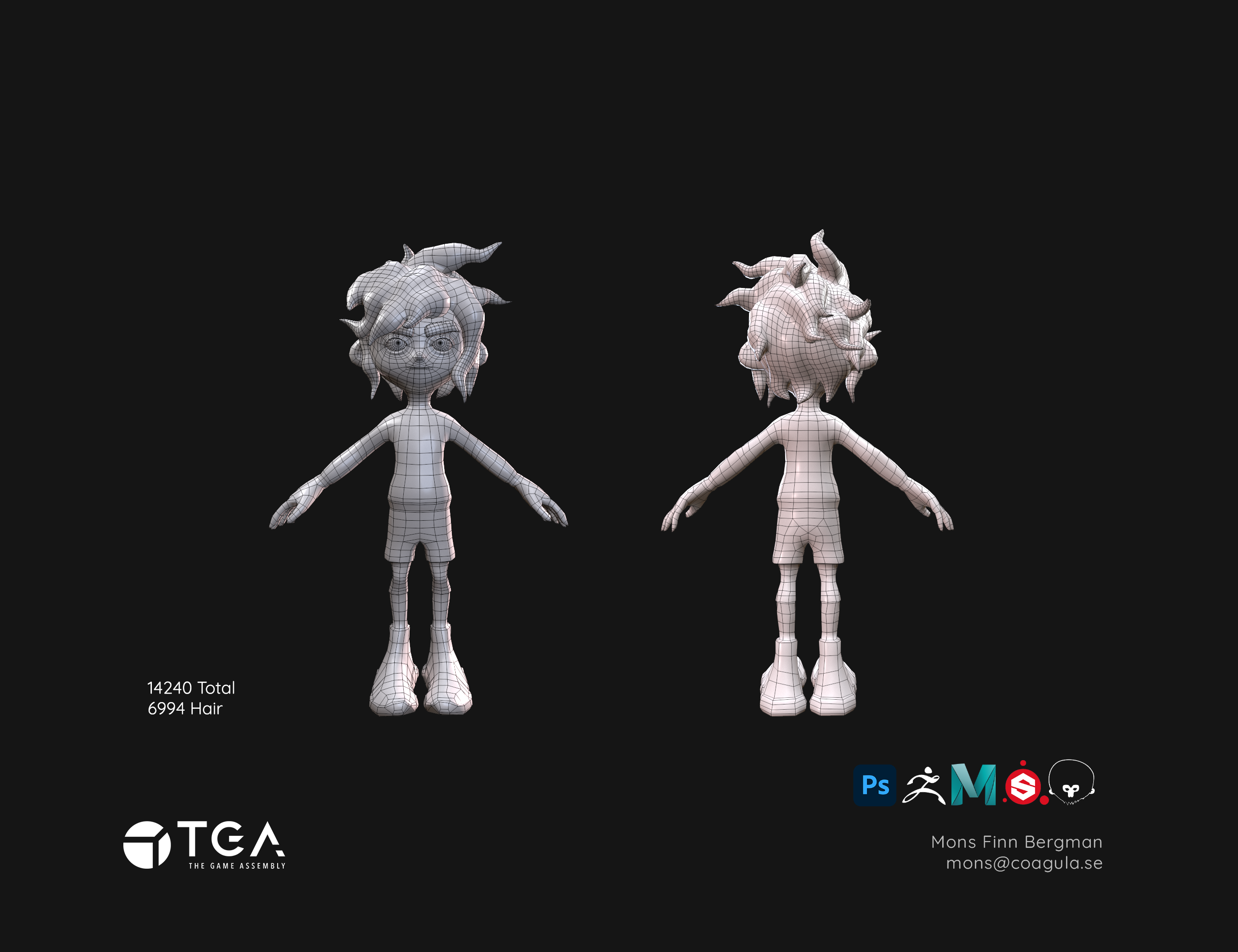 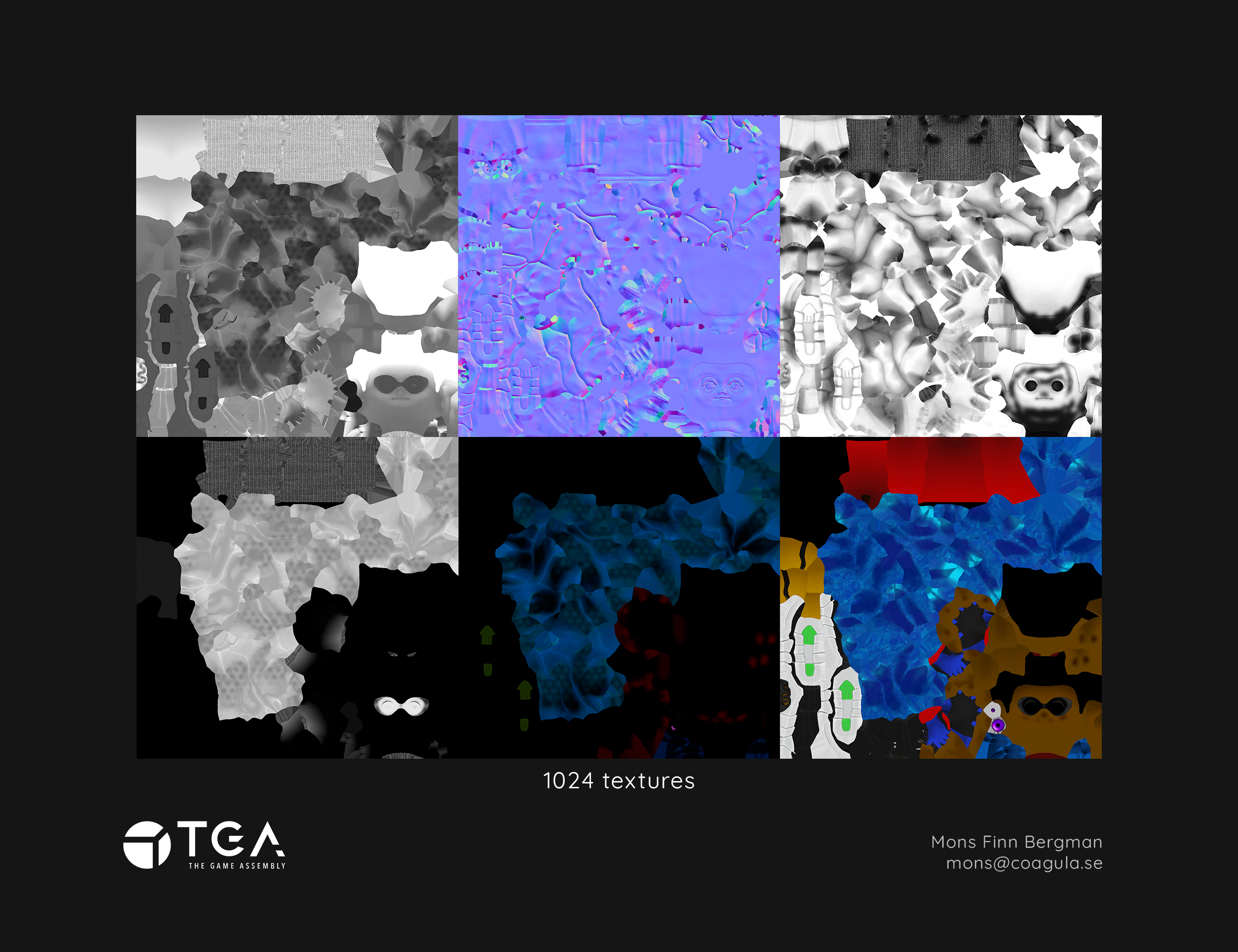